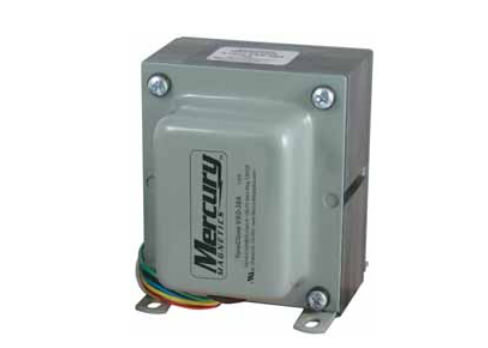 I’ve gotten a couple of emails from readers who’ve experienced blown output transformers while using the Tube Amp Expander. They typically want to know if I’m aware of this problem, if I have experienced it, if I know what is causing it, and what they can do about it.

Oh yeah, I’m definitely aware of it. I've read threads on it on a few different online guitar forums. And like everybody who's bought a TAE, these posts initially gave me that uneasy feeling of, Sh!t, did I %$# up by buying this thing?

However, after a year and half of owning a TAE, and using it almost every time I play, I have not experienced this problem or anything similar to it. Maybe one day I will, but I’m honestly not very worried about it. Here’s why.

First, reading through these accounts, I can't eliminate user error as a cause. In my experience, more people than not don't bother reading user manuals and in many cases, they really should because they don't know what they're doing. And using a load box in particular provides multiple opportunities for a player to screw up his amp. It's absolutely vital that you always have some kind of load on your tube amp and that the impedance of the load is matched to your amp. Not getting that right can definitely blow your amp's output transformer. This means that you've got everything connected properly, you're using the right types of cables, and whenever your amp is on, the TAE is on too. It also means the impedance setting on the back panel of the TAE matches the impedance setting on your amp. You really need to check all of this religiously and it would not surprise me if some people are not so good about that.

Second, in the case of the folks who wrote to me, they seemed to be pushing their amps very hard for extended periods of time. And in the online accounts that I've read, there were some things written that make me suspect that the same thing may have been going on there as well. (In fact, for all I know, it may even be the same people who wrote to me. I don’t know. Sometimes a problem can look a lot more pervasive than it is because the same people are going onto multiple online forums to talk about it.)

Load boxes are made to allow you to turn your amp up, but it has to be within reason. The TAE, like any other load box or attenuator, does not magically protect an amp from being pushed too hard. The reduced volume, however, can lull people into a false sense of security that the amp isn’t really suffering. But make no mistake: Running an amp at 10 with a load box is every bit as hard on it as running it at 10 with a speaker cabinet. You greatly increase the chance of a blown transformer or other electronic failure in either case.

Think of an amp like a car. If you drive a car with the gas pedal floored for hours at a time, it won’t be long before something fails. Cars that race Le Mans are built as much for enduring 24 hours of all-out exertion as they are for speed, handling, and braking. Normal production cars are not made to withstand that kind of sustained punishment, and neither are guitar amps. It’s up to you to be sensible and moderate the effort to avoid failure.

Honestly, I rarely dime my amps. And when I do, it’s only for a limited time before they get a cool down. We’re talking like, no more than 15 or 20 minutes. Less if I can help it. Normally the volume on my amps is between about 4 and 6 1/2. That’s the sweet spot on my amps and if I need more gain, I’ll goose the front end with some kind of boost pedal. Even at those more moderate volumes, I still give my amps frequent breaks. I play for no more than a couple hours straight at a time, and usually less than that. At breaks during rehearsals, or between sets at a gig, I will turn my amp completely off to cool it down.

According to one of these threads, Suhr allegedly recommended not using the TAE with their amps. I have nothing but respect for Suhr's products. That company is making some of the very best guitar gear you can buy. That being said, it's also true that Suhr as a company has a vested interest in this topic. First, obviously they have a competitive offering (which is a great product by the way!). Second, amp makers have warranty claims to deal with, which are an expense on the balance sheet. When you have customers that file warranty claims because they damaged their amps with a load box, you have a reasonable motivation to discourage the use of that device – regardless of whether the amps were damaged through ignorance, negligence, or an actual design flaw with the load box. Many manufacturers won't fix an amp under warranty if the amp was used with any brand of load box, including Suhr's. And I don't really blame them. But let me be really clear: I'm not accusing Suhr of any sort of bad behavior. I'm just saying that they are not, by definition, a truly objective source because they have a vested interest in the outcome, and it's not clear whether Suhr's recommendation on the TAE was the result of an actual technical assessment of the TAE, or just simple-to-follow advice for their customers to avoid problems with their amps, regardless of whether those problems might be self-inflicted or not.

So, I don't have definitive proof one way or the other about whether the TAE damages an amp when used as directed. I do know that an amp can certainly be damaged with any load box when not used as directed. And I know that my own amps are fine after a year and half with the TAE. Finally, I know that I used a resistive attenuator for over 20 years with all of my amps with no damage done, despite the occasional clamor on the Internet claiming that resistive attenuators damage amps. So for all these reasons, I'm inclined to not put too much stock in these Internet rumors. If I'm wrong on that, I suspect I'll learn before too much longer because I use the TAE a lot. And if I ever do encounter this problem, you can bet that I'll report it here.

In the Studio On Stage Power Amp TAE 101 Technology